Based on a photo seen at the Aleppo Media Center site. The AMC's tweet reads: "Whatever Assad has done in Aleppo, life isn't over -- its children make a new life in every site destroyed by his rockets. Sheikh Saeed District #AleppoAMC."

The makeshift swimming pool was in the southern district of Sheikh Saee. Under the regime of Syrian President Bashar al-Assad, people have suffered from brutal conflict — ongoing missile attacks, bombs and artillery fire — for several years. 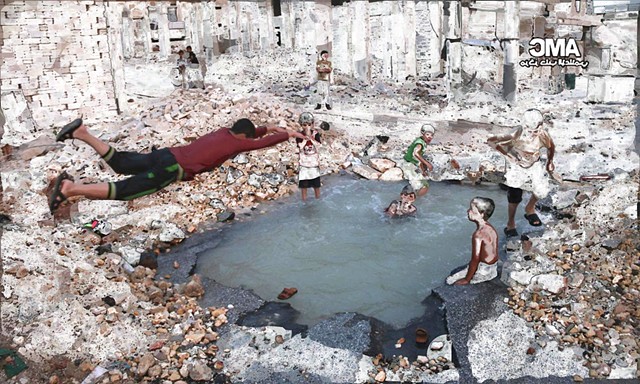